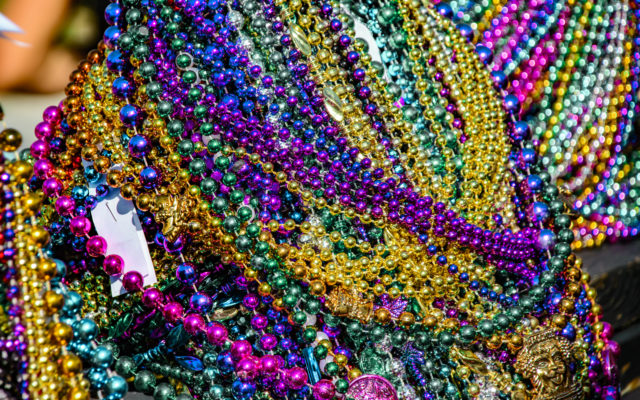 Here’s hoping you had your fair share of “Bon Temps” as we wrap-up the Mardi Gras festivities today with a few final events, including the Children’s Mardi Gras Parade, presented by Les Femmes Mystique, 5:30 p.m. March 5 in the parking lot of the Pierre Bossier Mall, 2950 Texas St. in Bossier City.  More here:  lesfemmesmystique.org

And for good measure, here’s a look back on March 5th in history:

59 years ago – In 1960, Sergeant Elvis Presley was discharged from the U.S. Army.  He served for two years.

37 years ago – In 1982, John Belushi was found dead in his room at the Chateau Marmont hotel in Hollywood.  He overdosedon a “speedball” . . . a lethal injection of cocaine and heroin.  He was 33.

30 years ago – In 1989, Kevin Kline married Phoebe Cates.  She retired from acting to be a full-time mom.

15 years ago – In 2004, Martha Stewart was found guilty of obstructing justice and lying to investigators about a “well-timed stock sale“.  She went to prison for five months.

13 years ago – In 2006, Reese Witherspoon won the Best Actress Oscar for playing June Carter Cash in “Walk the Line”.

Nine years ago – In 2010, Tim Burton’s version of “Alice in Wonderland” was released, starring Mia Wasikowska as Alice and Johnny Depp as the Mad Hatter.