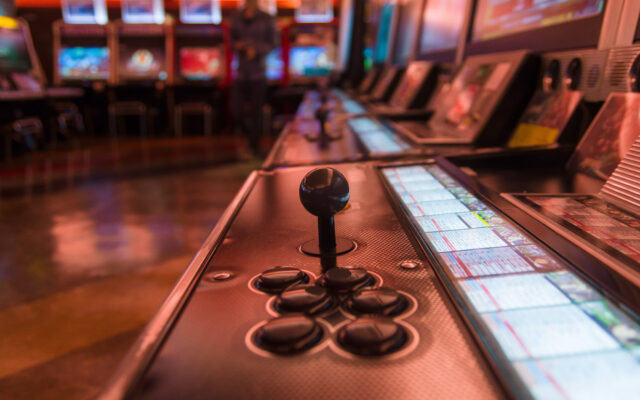 Let’s take a trip down memory lane, to the birthplace of all modern video gaming: The arcade. This year’s Golden Joystick Awards  https://www.gamesradar.com/golden-joystick-awards/ is celebrating a milestone in gaming history — the release of Computer Space — the world’s first commercial arcade machine in November 1971.  I didn’t take long thereafter for arcade machines to show up at beach-side boardwalk arcades, strip malls adjacent to Chinese restaurants and liquor stores, neighborhood bars, motel lobbies and even convenience stores.  For folks of my advanced age, the first exposure to video gaming was Pong.  What a marvel it was, the little dot “ball” traversing that exciting black and white screen, opposing paddles volleying it back and forth, or banking off the side!  And the technology…you could resize the paddles, control the ball speed and even, for the ultimate head-trip, make it all invisible!  What the hell?  Dad brought home one of the original Atari home consoles to hitch-up to the old B&W Magnavox TV, and soon the whole family was hooked.  (At least until that Magnus chord organ became a fan favorite)

The world’s greatest sandwich shop existed in sleepy DeLand, Florida back in the day, and it was hours spent at Belly Busters after school that helped hone my Space Invaders and Galaga skills.  I could retire on all the quarters I fed those machines.  I lost interest in the whole video game thing as time went on, even as the evolving technology continued to make them more challenging, realistic and involving.  Had I know then that video gaming would become so much more than just a fleeting amusement, I might have stayed at it.  After all, telling the folks I planned to become a “professional gamer” for a living would probably have appealed to them as much as a decision to become a disc jockey.  So it goes…

In honor of this throwback, TechRadar.com is running down (in no particular order) the 50 Best Arcade Games of all time.Here are a few on the list: