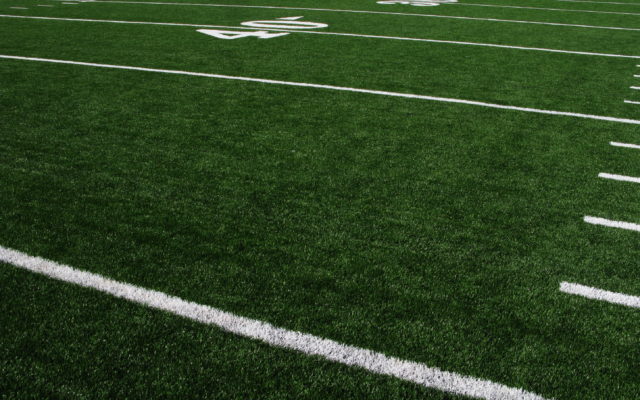 A view of an artificial turf football field.

The Super Weekend is almost upon us,  so my top-flight sports researchers assembled a list of 20 interesting facts about this year’s matchup between the San Francisco 49ers and the Kansas City Chiefs to get you ready.  Actually, somebody else assembled this list, my crack Research Team simply redistributed (stole) it.  Always full disclosure.  Enjoy your weekend and the Big Game, or ignore the Big Game and enjoy your weekend, either way, my work is done here.

1.  The Chiefs and the 49ers have never met in a Super Bowl.  But this is the SECOND Kansas City versus San Francisco championship.  In 2014, the Giants beat the Royals in the World Series.

2.  This is the first appearance for the Chiefs in 50 years.  In 1970, they beat the Minnesota Vikings in Super Bowl 4 for their first and only Lombardi Trophy.

4.  If the Niners win, they will tie the New England Patriots and Pittsburgh Steelers for the most Super Bowl victories in NFL history, with 6.

6.  The Chiefs are the consensus favorites to win, but just barely.  They opened as just 1-point favorites.

(You can check out updated odds at SportsLine.)

7.  Chiefs coach Andy Reid will be just the 24th head coach in NFL history to appear in more than one Super Bowl.  He previously led the Philadelphia Eagles to Super Bowl 39 in their 2004-2005 season, but they lost to the New England Patriots, 24-21.

He and his dad are the first father-son duo to make separate Super Bowl appearances.  Mike Shanahan was the Niners’ offensive coordinator during their 1994 title.  Then he led the Denver Broncos to back-to-back titles in 1997 and 1998.

9.  Believe it or not, this is the first time a Super Bowl will feature TWO teams with red as a primary uniform color.  The Chiefs will be rockin’ their home red jerseys with white pants, while the 49ers will wear their white away jerseys with gold pants.

10.  Chiefs quarterback Patrick Mahomes will be the fifth-youngest QB to ever start a Super Bowl.

The only quarterback younger than him to win was Ben Roethlisberger in 2006.  But he didn’t play well.  He threw for 123 yards with no touchdowns and two interceptions, and finished with a 22.6 passer rating, which was the lowest rating for a winning quarterback in Super Bowl history.

11.  49ers quarterback Jimmy Garoppolo has two Super Bowl rings from his time as Tom Brady’s backup with the Patriots.  He’s looking for his first “real” trophy.

12.  The 49ers went from four wins last season to a Super Bowl appearance this season.  The only other teams to reach the Super Bowl coming off a season with four or fewer wins are the 1999 Rams and the 1988 Bengals.

15.  The 49ers have an NFL-high 57 sacks this season.  They’re the seventh team in the last 15 seasons to enter a Super Bowl with more than 55 sacks.  The previous six all won.

19.  120 footballs are typically used during the Super Bowl . . . and with New England not playing, all of them are expected to be properly inflated.

20.  The Super Bowl halftime show will be co-headlined by Shakira and Jennifer Lopez.  Demi Lovato will sing the National Anthem.

(And if you want a more HARDCORE football preview, hit up this link for the Chiefs and this one for the Niners.)