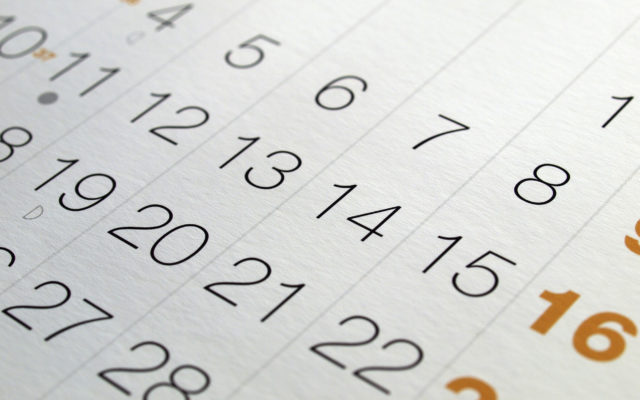 A memorable sequence of numbers make-up today’s date, so I thought I’d offer a look back on some events of February the twentieths gone by.  Enjoy.

Now, on this date in history….

228 years ago– In 1792, President George Washington created the U.S. Post Office.  They probably won’t exist one day, and that saddens me.  Like the Sunday newspaper and Keith Richards, I just expected it would always be around.

181 years ago – In 1839, Congress Prohibited Dueling in the District of Columbia.  You can read more about the history of American dueling here.

58 years ago – In 1962, astronaut John Glenn became the first American to orbit the Earth, flying aboard Friendship 7.

38 years ago – In 1982, Pat Benatar and her guitarist, Neil Geraldo, were married on Maui.

30 years ago – In 1990, The Scorpions album “Best Of Rockers ‘N’ Ballads”, featuring “Rock You Like A Hurricane“, “Big City Nights“ and “No One Like You“, was certified Gold

22 years ago – In 1998, Tara Lipinski became the youngest Olympic champion EVER when she beat Michelle Kwan to win the gold medal in women’s figure skating.  Tara was just 15 years old.

17 years ago – In 2003, the Station Nightclub Fire erupted at a Great White concert.  It claimed the lives of 100 innocent people who were trampled trying to escape after pyrotechnic devices ignited some packing foam near the stage. It was the fourth deadliest fire in American history.