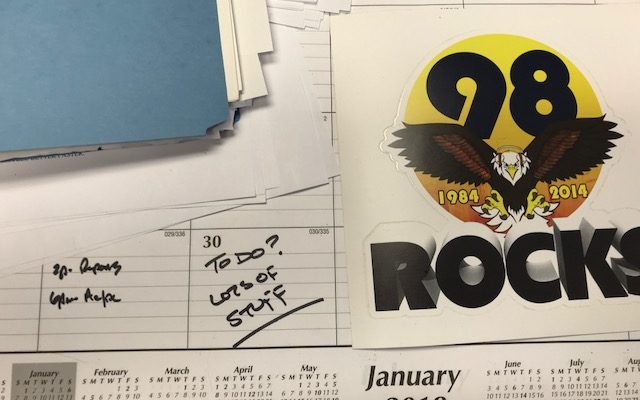 In 1988, the band INXS had their first US No. 1 hit single, with “Need You Tonight,” a song that I can remember breaking on 98 Rocks as a brand new single from the band. It was on a 12″ Vinyl Single, and the B side was a mix of the two songs “I Need You Tonight” and “Mediate.” Which is the version we still play on the occasional 80’s weekend!

In 1985, Foreigner tops the Pop Charts with “I Want to Know What Love Is”, a great ballad, but firmly planting them in the pop realm, I mean really? This is the band that brought us “Jukebox Hero”!!

In 1973, Kiss gives their debut performance at the Coventry Club in Queens NY, and Ace Frehley began his long rein of assholery (Just my opinion there)

In 1969, The Beatles perform their historic Saville Road rooftop performance for the film “Let It Be”. Billy Preston joins them for four songs on the Organ.

In 1967, the Jimi Hendrix Experience are filmed in performance at London’s Saville Theatre, playing a cover of “Sgt. Pepper’s Lonely Hearts Club Band” for the Beatles who were in attendance.