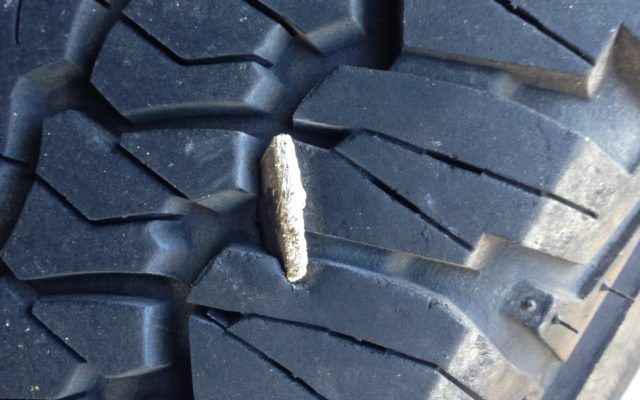 I travel some rough patches of roadway each day, how about you?  If the pavement isn’t crumbling, pocked, cracked or chewed up to near beyond passage, it’s littered with trash.  Some is just just plain ugly, and I’ll never grasp the mentality of someone who could take a whole bag of empty burger wrappers and fry boxes and chuck it out the window.  A block further and they toss the cups to the curb too.  I’ve seen this happen so often I can only suppose the perpetrators fear no legal repercussion.  It’s damaging to the look and overall attitude of the city I think.  but the hardcore trash, the industrial stuff I deal with all too often, is damaging in another way; wear and tear on the vehicle.  Tires especially vulnerable.  I’ve had ’em plugged or replaced more times than I can remember due to something I picked up on the city streets.  A chuck of aluminum the size of a Hershey bar?  Check.  Roofing nail?  Oh absolutely.  Countless. I think tires magically attract those bastards!  Screwdriver?  But of course!  Prefer regular, phillips or reed-prince?  When I discovered the latest to breach my right rear, (always the right rear for me lately, it’s like a bum knee) it was cold and frosty Friday morning, and you can tell from the pic above it was tough to tell just how bad a gouge it might be.  Low, but not yet flat, I pumped it up and made it to the station.  It held enough so that four hours later I could hobble over to the Firestone and get ready for whatever the news might be.  It was only about thirty minutes later I was surprised to learn it was a relatively small puncture from a key.  The moral of this story:  Road Hazard coverage is a must on these mean streets.  Let’s see how mayor Perkin’s administration takes on this aspect of our infrastructure.  Keep rollin’, we gothca rockin’!

“I dropped that damn key right down here somewhere…” 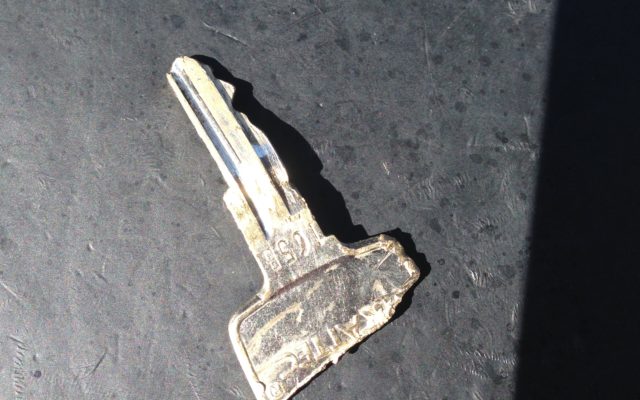