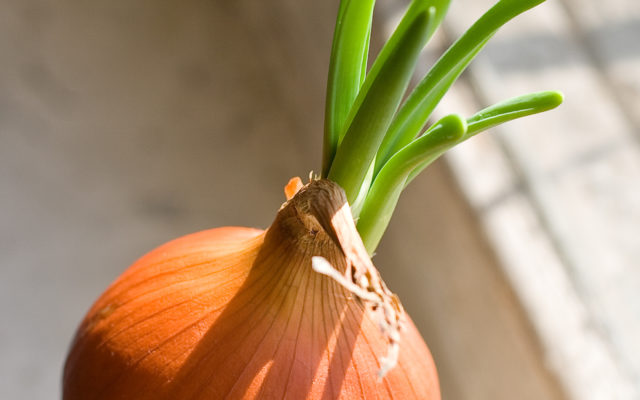 (My parody blog “State of the Onion” was originally published on the eve of last year’s SOTU address by the President.  After taking a look at it today, I decided to recycle the post with just a few alterations to my original verbiage.  Enjoy! -bc)

My fellow vegetables, Madame Speaker, Mr. Potato Head and distinguished members of the house and out-house.  I come before you today from just beneath the surface of our rich and fertile soil, to report to you on the State of the Onion.  Our Onion has continued to grow in strength and aromatic pungency as in no other time in our history.  The Onion is the biggest and most powerful on the planet! (pause for applause) This administration has done more for the Onion, the people’s onion, than any other in history.  Even before the invention of the Onion, not invented by Al Gore by the way , as the Fake News would have you believe, but invented by a Republican Named Elijah Whitney Houston, who also invented cotton.  Many people do not know this!  But I knew and I alone can continue cultivating the Onion to Garden-Wide greatness!  The organic obstructionist Kale party wants open borders, but I will not allow just anyone to come in and take a slice of our Onion!  We will build the Great Beautiful Scarecrow, to deter burrowing creatures from getting to the root of our great Onion.  The executive orders and policy decisions, sanctions and trade rulings, irrigations and heavy fertilizations this administration has applied have made the onion respected around the world like never before.  Never weak, a slice of our Onion brings tears to the eyes of our enemies! (applause)  Chuck Schumer too! (uproarious laughter)  Never before within our soil have relations between the varieties been better.  Red onions, vidalias, white onions and pearls exist in harmony and prosper across the land, while our policy keeps us safe from leeks, shallots and scallions, which are, and nobody will say this: RADICAL BALSAMIC TERRORISTS!!  Garlic and chives are in on a very stupid “cool ranch dressing” clause the previous administration is responsible for, but we’re working on it.(applause)  Let not the paper-thin skin of the Onion betray its great strength and diversity and the esteem the Onion is held in worldwide.  I mean, Outback doesn’t have a “Bloomin’ Rhubarb” on the menu, am I right? (applause and hearty laughs)  And the press won’t talk about the fact that this administration was the first to segment the onion into individual pieces, dip them in batter and deep-fry them to golden brown!  Nobody ever did that before! (applause) In closing, as we eat our way through the many layers of our sovereign, united Onion over the next two years, or current growing season, whichever comes first, let us remain loyal to the Onion in times of war and peace, slicing, dicing,  sautéing and ringing, and to me “Allium in Chief!” (wild applause)  Now go out and show the world your patriotism and buy a case of onions today!  Your favorite variety.  I promise, there’s still a chance Mexico will pay for them! (cheers and applause)