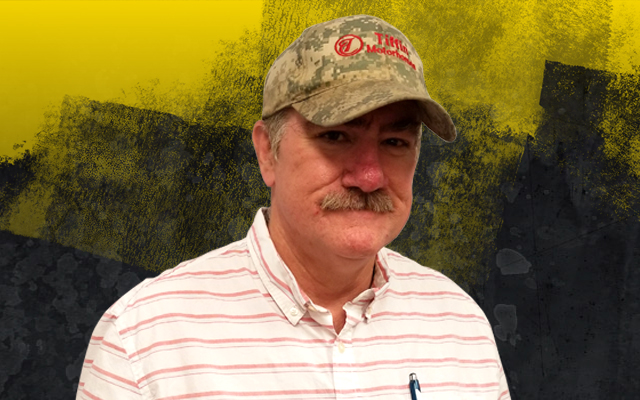 Tom sez “I like me some NASCAR. Rockin’ n Racin’, BABY!” On Tom’s home office wall, are the velvet paintings of Ronald Regan, Dale Earnhardt, Dick Butkus & the ZZ Top Eliminator coupe. Tom was a New Orleans Saints fan, when Tom Dempsey kicked the 63 yard field goal as time expired, to win the game for the Saints (over the Detroit Lions-1970 @ Tulane Stadium). Tom is a long-time south Bossier boy. Parkway High graduate. Tom attended one summer at LSUS, and that was it. Tom’s wife got her college degree, while Tom was in the trenches of Shreveport’s rock revolution. Tom introduced his sons to the radio business, and one son decided to give it a shot, while the other son got a real job. Tom is into RVing, and his motorhome is known as “The Tom’sMaHaul”. Tom enjoys frequently RVing to areas all around the ArkLaTex, including festivals, anywhere that serves good ribeye steaks, old-timey general stores, lakes, small towns, roadside Historical markers, museums, Texas Motor Speedway, LSU games & vinyards (though Tom prefers to be the designated driver). Tom was the first one to start the rock on 98Rocks (“Rock & Roll” – Led Zeppelin @ 5am), in the haunted,”Old 98 Rocks Studio” . Tom sez “I appreciate those that were with us on day one, as well as those that rocked along the way, and rock with us today”.