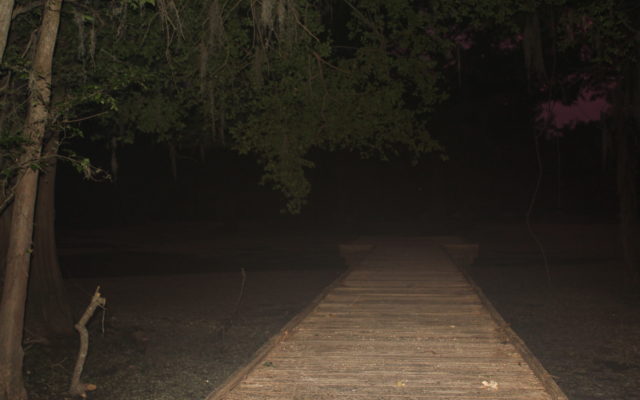 Taking a stroll through events on RockTober 1 in History…

– In 1890, Yosemite was declared a national park by Congress.

– In 1932, with a count of two balls and two strikes, Babe Ruth “called his shot“, and pointed to the center-field bleachers at Wrigley Field. On the next pitch, he hit a home run over those very bleachers to put the Yankees ahead of the Cubs in Game 3 of the World Series.

– In 1962, Johnny Carson made his first appearance as host of “The Tonight Show”.

– In 1968, the horror classic “Night of the Living Dead” premiered in Pittsburgh, just a few days before opening nationwide.  And if your name is Barbara, they ARE coming to get you.  (???)

– In 1969, The Beatles released “Abbey Road” in the U.S.  If you aren’t a Beatles fan, that’s their classic album that features “Come Together“, “Here Comes the Sun“, and “Something“.

– In 1974, the flesh-eating Leatherface was first seen . . . with the Dallas release of Tobe Hooper’s“Texas Chainsaw Massacre”.The opening narration was done by John Larroquette.  It opened nationwide three days later.

– In 1975, Muhammed Ali beat Joe Frazer in the Philippines for their third and final fight.  The Thrilla in Manila is widely considered to be one of the greatest fights of all time.

– In 1984, U2 released “The Unforgettable Fire”, featuring the Martin Luther King tribute “Pride (In the Name of Love)“.

– In 1991, the white crystal-beaded glove worn by Michael Jackson was stolen from the Motown Museum in Detroit.  M.C. Hammer foolishly offered a $50,000 reward for its return.

– In 1998, Creedence Clearwater Revival singer John Fogerty got his star on the Hollywood Walk of Fame.

– In 2017, tragedy struck in Las Vegas when a gunman opened fire on a country music festival crowd for 10 minutes from the 32nd floor of the Mandalay Bay hotel.  58 people were killed and more than 800 were injured.