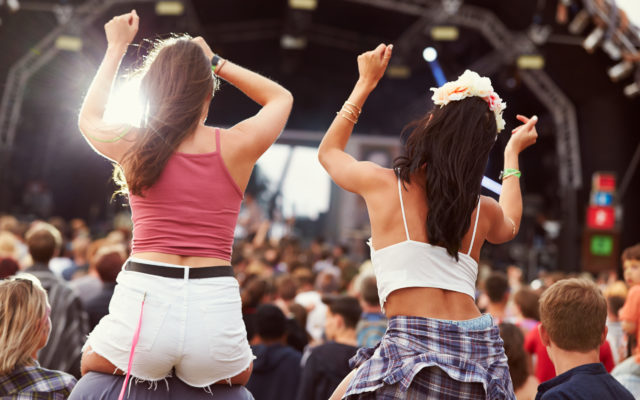 Two girls on shoulders in the crowd at a music festival

Woodstock organizer Joel Rosenman once told a story about getting a call from the site’s electrician that the power cable feeding the stage was badly damaged and could lead to “mass electrocution” and “french fried musicians” on stage. But at the same time, Rosenman was concerned that pulling the plug on the music might cause the crowd to riot.

Fortunately, the wire was fixed while Country Joe &amp; The Fish “pantomimed their set with acoustic instruments” on stage.

The crowd loved it and catastrophe was avoided.

How would Woostock be remembered today if it ended with a mass tragedy?

Why have later attempts at hosting another Woodstock gone so poorly?