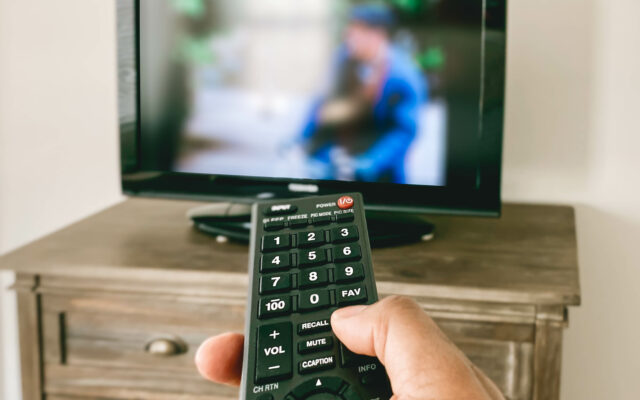 In the event you lost interest during the game, or passed out, or were off in the woods Sunday with no television, fear not!   The Morning Show crack research team (read: crack smoking) has compiled the most interesting stuff from the game, (the commercials) right here in one convenient blog.  You’re welcome, or something…

1.  Keep up with the Joneses in a Toyota Tundra

3.  Greatest (Disney movies and shows) of all time?  Awkwafina says Disney+ has all the GOATs, and walks through an office full of 30 goats dressed as different characters from “The Avengers”, “Star Wars”, and Disney and Pixar movies like “Frozen” and “Encanto”.

5.  The first trailer for “The Lord of the Rings” Amazon prime series “The Rings of Power“ debuted.  It starts streaming in September.

6.  Planters brought us a “Community” reunion with Ken Jeong and Joel McHale.  They create a “delicious debate” with “How do you eat your mixed nuts?” and it creates chaos.

7.  Arnold Schwarzenegger and Salma Hayek retire to Palm Springs as the Greek gods Zeus and Hera.  She surprises him with the all-electric BMW.

8.  The NFL released a commercial where two kids are playing an NFL video game, but the players come into the real-world as puppets.

9.  In case you missed it last week, Mike Myers brought back Dr. Evil for a General Motors “Austin Powers” ad.

10.  Verizon teased Jim Carrey returning as “The Cable Guy” last week . . . so we got to see the full version yesterday.

11.  Remember seeing all those Uber Eats teasers?  The full commercial expanded on those, with Jennifer Coolidge, Gwyneth Paltrow, Trevor Noah, and Nicholas Braun eating weird stuff like pencils and paper towels, thinking these things are food since Uber Eats delivered them.

12.  Nissan released their commercial ahead of time, but it was still one of the more fun ones with Eugene Levy (with LONG hair), Brie Larson, Catherine O’Hara, Dave Bautista, and Danai Gurira.

16.  Is Pete Davidson hittable?  (I’m sure Kim Kardashian would agree he is . . .) Well, he gets tackled by Jerod Mayo in the Hellmann’s ad.

17.  Marvel released the official trailer for “Doctor Strange in the Multiverse of Madness”.  It hits theaters May 6th.  They also dropped a trailer for the Disney Plus series “Moon Knight”, starring Oscar Isaac.  That will premiere on March 30th.

18.  T-Mobile released a few different commercials to promote 5G Internet.  Besties Zach Braff and Donald Faison sang a duet.  And Dolly Parton revealed that she stores her phone in her boobs and encouraged Miley Cyrus to record a new song to “Do It for the Phones“.

19.  Kanye made a cameo in the McDonald’s “Can I Get Uhhhhhhh” commercial.  But honestly, who doesn’t say that when they drive up to order?

20.  AT&T Fiber brought Ashton Kutcher’s former and current wives together.  Demi Moore and Mila Kunis both think they’ll win “Most Admired Alum” . . . they actually did go to the same high school in real life (Fairfax High School), just not at the same time.

(You can revisit all the ads here.)