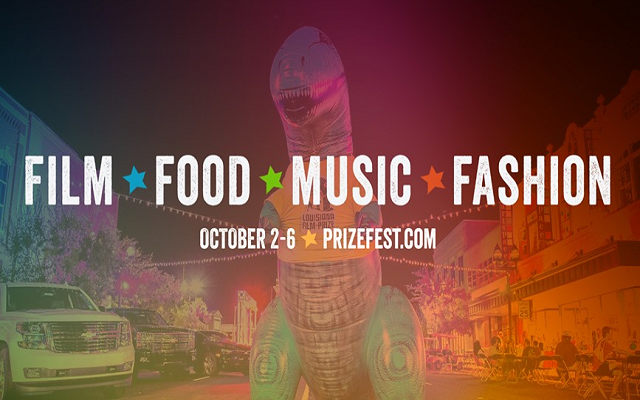 EVERYTHING YOU NEED TO KNOW

WHAT THE HELL IS PRIZE FEST ANYWAY?

Prize Fest began as an effort to create a local film festival in Shreveport. Traditional film festivals are great, but Film Prize wanted to put this city on the map. So we created a hybrid festival and competition where filmmakers from all over the country are invited to Northwest Louisiana to making a short film between five and fifteen minutes long to compete for our $50,000 cash prize – the largest short film prize in the entire world.

Over time, Music Prize (2014) and Food Prize (2015) components were added to the festival, ultimately creating the nearly week-long event we know today as Prize Fest. Since then, we have expanded the number of events and venues utilized across downtown Shreveport and Bossier City to showcase the best of what our community is and what it could be.

YOU VOTE FOR BEST FILM

The Top 20 films selected for the competition are screened at multiple venues as many times as possible throughout the weekend. In order to vote, you MUST SEE ALL 20 SHORT FILMS! Once you have seen all the short films, you may go to the voting booth and cast a ballot. Celebrity Judges, a grouping of film industry professionals, will also see the films at the same time as the audience and vote for their favorites in a similar fashion. The Judges’ votes account for only 50% of the total. The audience is the other 50%. This means YOU, the audience member, have a huge say in who wins one of the largest cash prizes for a film in the world.

YOU VOTE AT MUSIC PRIZE TOO

Voting is different for Music Prize. During the Locals Showcase on Thursday, October 3rd, local bands will compete for cash and Best in Show. When you enter the Locals Showcase, you will be given a token (valued at $5) and each musician has what we call a “Bread Jar”. Attendees drop the token into the Bread Jar of their favorite musician. At the end of the night, the musician with the most tokens will have their Bread Jar doubled and the remaining of the bands are given the total value of their Bread Jar in cash. Judges will then select an overall Best In Show winner who takes home the Music Prize Trophy.

HOW TO ATTEND PRIZE FEST

1) Buy your tickets online NOW. The tickets you buy will be exchanged for passes when you arrive at the festival. The passes assure you a seat to see the films, hear all the bands, a vote for film and music prizes, as well as access to festival parties. If you’re coming in from out of town, book a hotel soon. Some hotels WILL sell out. Our friends at the Shreveport-Bossier Convention and Tourist Bureau have a handy list of downtown Shreveport hotels. Click this link to see them.

2) Attend voting events. Films will screen the night of Thursday, October 3rd and then all day Friday, October 4th and Saturday the 5th. You may vote anytime during the festival once you have seen all 20 short films. The Music Prize Local’s Showcase (where you can vote) will be on Thursday, October 3rd at a location to be decided. The full festival schedule with screening times, concert door times, food events, and more will be posted at this link in late August.

Add an Event to the Gig Guide

Join the 98 Rocks Republic For Prizes

The Home of Rock & Roll
SOCIAL