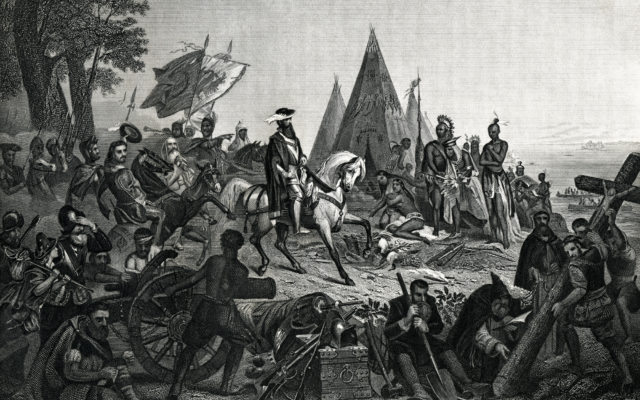 Engraving From 1869 Featuring Hernando De Soto's Discovery Of The Mississippi River In 1541.

Got the mid-week rainy day blues?  That “just can’t take another step” feeling in your shoes? Fear not, it’s the ol’ Today in History file to save the day…or at least kill a few crucial minutes until quittin’ time, am I right?   Quittin’ time it is for me, soon as I publish this piece, so enjoy.  Feel the love.  Cover your mouth when you sneeze.  Wear clean undies.  Seeya later, bugger-off,  namaste, whatever.

Looking Back in Time:  March 4

159 years ago – In 1861, Abraham Lincoln was inaugurated as our 16th President.  His pre-Civil War inauguration speech included the unifying words, quote, “We are not enemies, but friends.  We must not be enemies.  Though passion may have strained it must not break our bonds of affection.”

87 years ago – In 1933, Franklin D. Roosevelt was inaugurated as the 32nd President.  His speech contained the famous quote, “The only thing we have to fear is Fear itself”.  Roosevelt was the last president to be inaugurated in March, the first to have a woman serve in the Cabinet and the ONLY president ever elected to FOUR terms.

83 years ago – In 1937, “The Way You Look Tonight“ from the Fred Astaire movie “Swing Time” won the Best Song Oscar at the ninth Academy Awards.  It became a big hit for Tony Bennett and Frank Sinatra.  You might also remember it from the final scene of the Julia Roberts movie “My Best Friend’s Wedding”.

James Cagney won Best Actor for “Yankee Doodle Dandy“, singing and dancing as George M. Cohan . . . the guy who wrote “Give My Regards to Broadway“ and the patriotic classics “You’re a Grand Old Flag” and “Over There“.

54 years ago – In 1966, John Lennon told the “London Evening Standard” that The Beatles were More Popular Than Jesus.

46 years ago – In 1974, the first issue of “People” Magazine hit the newsstands.  Mia Farrow was on the cover.

30 years ago – In 1990, Loyola Marymount University basketball star Hank Gathers died after collapsing on the court during a game.  He had begun easing his heart medication dosages because he said it was sapping his strength.

22 years ago – In 1998, the Supreme Court ruled that Sexual Harassment at work can be illegal even when the offender and victim are of the same gender.

19 years ago – In 2001, Glenn Hughes, the biker from the Village People, died of lung cancer at the age of 50.  He was buried in his leatherman outfit.

15 years ago – In 2005, Martha Stewart was released from Camp Cupcake . . . more formally known as the Alderson Federal Prison Camp . . . just 30 minutes past the stroke of midnight after serving five months in prison

Not more popular than Jesus 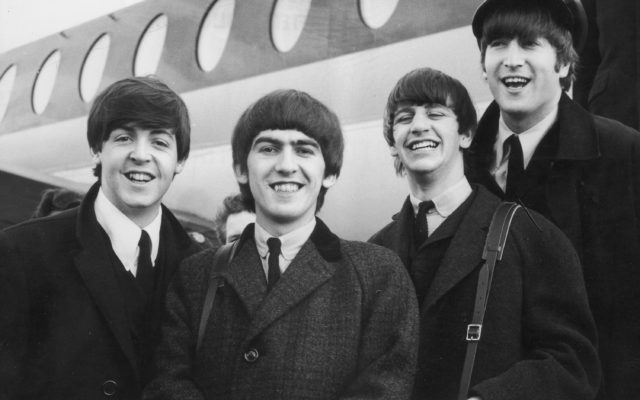