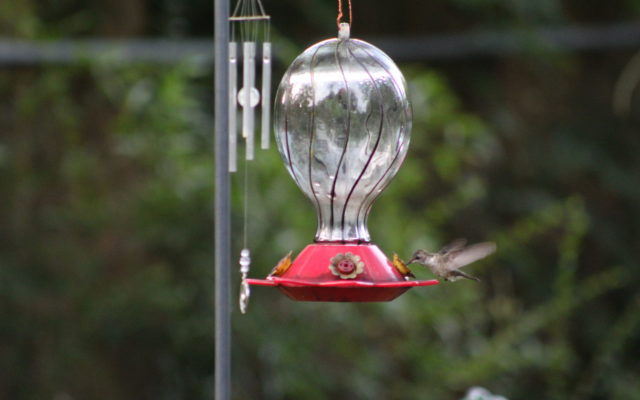 Like our swift-flying, nectar chuggin’ winged friends, 2019 is humming along too, and we’ve buzzed our way to month number eight already!   To ring-in the new month, here’s a look back on some memorable August 1 events of years gone by:

83 years ago – In 1936, the Olympic Torch appeared for the first time, at the opening ceremonies in Berlin.

The first video shown was “Video Killed the Radio Star“, by The Buggles.   Yet 38 years later, you’re still listening and I still have a job!

38 years ago – In 1981, Kix Brooks of Brooks & Dunn married his wife, Barbara.  Today is their 38th Wedding Anniversary.

33 years ago – In 1986, the fine piece of classic cinema known as “Howard The Duck” was released.

It was produced by Lucasfilm.  “Howard” was actually the second Marvel movie ever . . . after a “Captain America” serial that ran for 15 episodes in theaters back in 1944.

Although Marvel wasn’t even known as Marvel Comics yet at the time, so you can make the case that “Howard the Duck” was THE FIRST Marvel Movie!  Howard eventually re-emerged in 2014 with a cameo in “Guardians of the Galaxy“.

25 years ago – In 1994, Michael Jackson and Lisa Marie Presley confirmed they had secretly wed 11 weeks earlier.  They divorced in August of 1996 . . . but continued to date, on and off, for four more years after their divorce.

14 years ago – In 2005, Rafael Palmeiro was suspended from the Baltimore Orioles for 10 days after testing positive for steroids.  He’d been mentioned by name as a steroid user in Jose Canseco’s tell-all book “Juiced”.

Seven years ago – In 2012, eight women’s badminton players were disqualified from the Summer Olympics for trying to lose matches on purpose to get more favorable matchups later on in the tournament.

Joe Elliott is 60.  Def Leppard’s singer.  The band’s biggest hits include “Rock of Ages“, “Photograph“, “Love Bites“, and“Pour Some Sugar on Me“.

The Greaseman is 69.  Super-talented radio legend.