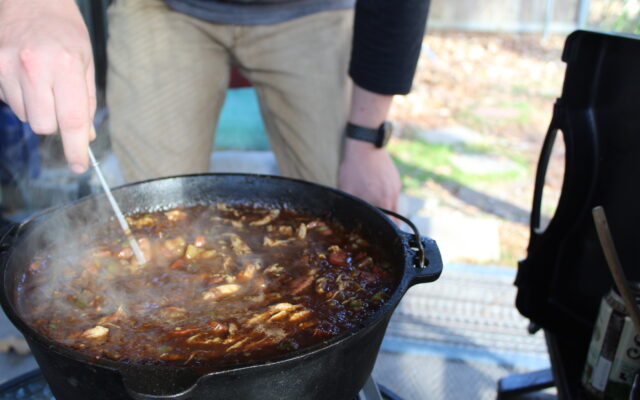 It’s “History Gumbo” on this 24th day of January,  a mix-up of past events, with some famous birthdays tossed in the pot as well.  Enjoy a taste of days gone by…

114 years ago – In 1908, the First Boy Scout Manual was published.  It was a book that inspired the entire Boy Scout movement, called “Scouting for Boys”.  It was written by Sir Robert Baden-Powell, a general in the British Army.

87 years ago – In 1935, “Kruger Cream Ale,” brewed by Kruger Brewing Company became the first beer sold in a can.

50 years ago – In 1972, farmers in Guam discovered a Japanese soldier who’d Hid in the Jungle for 28 Years and had no idea World War II was over.

38 years ago – In 1984, Steve Jobs unveiled the Macintosh personal computer to a group of Apple shareholders with a dramatic presentation that shocked the crowd when the Mac “spoke” for itself.

38 years ago – In 1984, a London judge fined Linda McCartney $140 for trying to smuggle cannabis into England.

21 years ago – In 2001, Halle Berry married her second husband, Eric Benet.  When their divorce was finalized in 2005, thanks to an iron-clad pre-nup, he got NOTHING.

16 years ago – In 2006, Chris Penn, brother of Sean Penn, was found dead in a condo near the beach in Santa Monica, California.  He was only 40.  His death was ruled accidental.  He suffered from an enlarged heart.

Five years ago – In 2017, “La La Land” tied a record for the most Oscar nominations with 14.  The next month it won six of those Oscars . . . and suffered that embarrassing moment where it was WRONGLY announced as the Best Picture winner.

Three years ago – In 2019, Weezer released “The Teal Album”, a covers album featuring their version of Toto’s “Africa“, along with their take on songs like “Paranoid“, “No Scrubs“, “Billie Jean“, “Stand By Me“, and “Happy Together“.

Stephen Barker Liles is 38.  One half of the country duo Love and Theft.

You’d also know her as Nora on HBO’s “The Leftovers” and as Gloria Burgle, the main character from the third season of “Fargo”.

Tatyana Ali is 43.  Ashley Banks on “The Fresh Prince of Bel Air”.

Ed Helms is 48.  Andy on “The Office”, a former “Daily Show” correspondent, and Stu the dentist in the “Hangover” movies.  He also cashed a paycheck for playing the grown version of Chevy Chase’s son in the “Vacation” reboot.

Matthew Lillard is 52.  Shaggy in the “Scooby-Doo” movies.  And Stu, one-half of the psychotic serial killing team, in the original “Scream”.

Mary Lou Retton is 54.  Legendary gymnast.  At the 1984 Summer Olympics in Los Angeles, she won the gold medal in the individual all-around competition, two silver and two bronze.

Yakov Smirnoff is 71.  Russian genius.  “What a Country!”

Aaron Neville is 81.  Biggest hits:  “Tell It Like It Is“, the Linda Ronstadt duet “Don’t Know Much“, and his remake of “Everybody Plays the Fool“.

Ray Stevens is 83.  He had a huge hit in 1974 with “The Streak“.  More recently you’d remember his 2015 song “Taylor Swift is Stalking Me“.You might also be interested in his 2010 immigration song “Come to the USA“ or “The Global Warming Song“.  And then there are his Obama-bashing songs:  “Obama Budget Song“, “Mr. President“, and “Obama Nation“.

Warren Zevon  (1947 – 2003)  Singer-songwriter best known for “Werewolves of London“.  Warren hadn’t gone to the doctor in over 20 years.  By the time they found his lung cancer, it was too late.  As he told David Letterman, his fear of doctors was, quote, “one of those phobias that didn’t pay off.”

Thanks for visiting!  Now go enjoy your life…