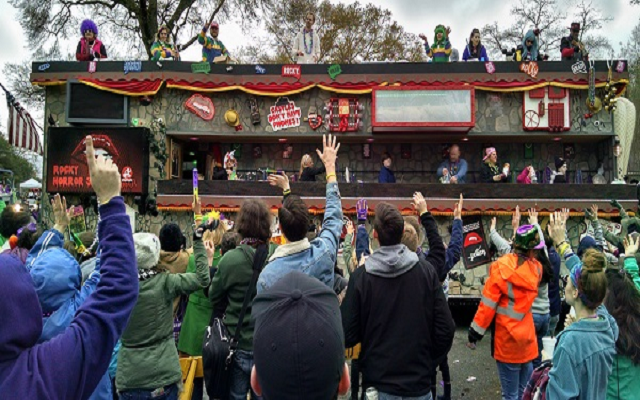 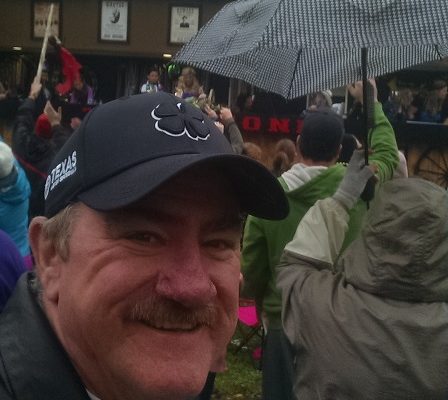 Here are some photos that I managed to take at the Highland Mardi Gras parade. When it was time for the parade to come by, the crowd (several thousand strong) that were along the Krewe of Highland Mardi Gras parade route, had a great time!  It started out with a little drizzle, but then a little more rain, but the people kept coming to line the streets in the historic Highland district.  I was at the house of my son & daughter in law, and enjoyed conversation with the many friends that stopped by for food & beverages.  There were also friends that drove over from Dallas for the parade. We were only a block from where the parade passes.  At parade time, the friends (all ages) made the short stroll to join the huge crowd at the Mardi Gras parade.