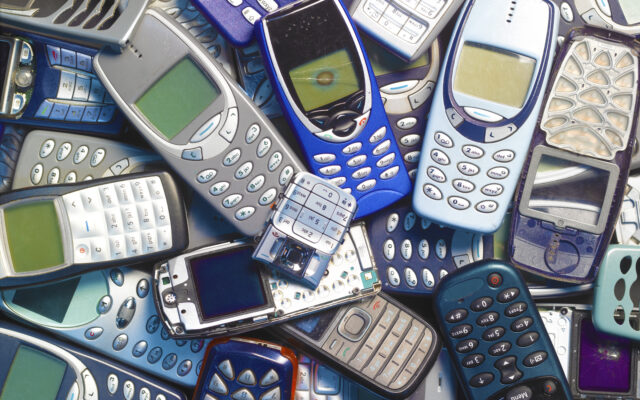 Survey says, you probably do!  You don’t have to be a hoarder to relate to an item or two on this list, and you’ll probably think of a junk-drawer filling bunch of others.  What to do with that old CRT monitor, vcr player, old printer or miles of obsolete cables and connectors?  Toss ’em in the trash, make an unsightly pile on the curb?  Geez though, some of this stuff just looks to good to go to waste…must be someplace you can still find a power cord for that camcorder, right?  Naw, but let’s just throw it in the corner of the garage or basement for now.  Maybe later we’ll have a yard sale, and it won’t sell for a buck, so THEN maybe we trash it.  I for one will never part with my old Pong console.

Anyway, someone polled 2,000 people and asked about gadgets that they never use but won’t throw away.  Here are the top ten . . .

1.  DVD players.  When was the last time you watched one?

2.  Old phones.  You’ve probably got at least two of them somewhere.

3.  Digital cameras.  We all bought one, but then phone cameras took over.

5.  Old laptops.  If you’re still holding on to yours, it’s probably because you never transferred stuff from your hard drive.

8.  Printers.  Most people who have them don’t use them much.

9.  Old gaming consoles.  Like if you kept your old PlayStation 3, but you only use your PlayStation 4 now.

10.  Old tablet devices.  They’re another thing we keep even after we upgrade.