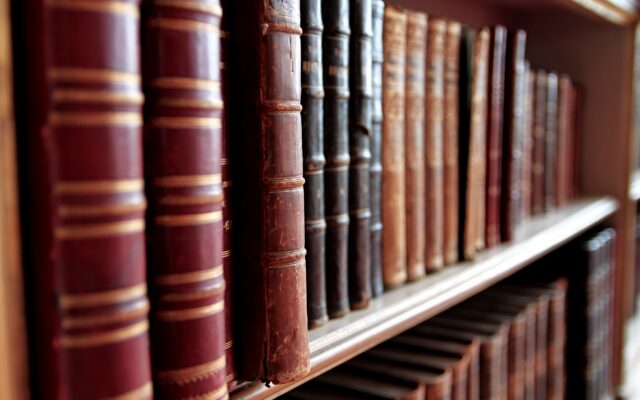 books sitting on a shelf in a library

Lots of stuff happened on the 7th day of the 7th month in past years.  Here are a few you might find interesting:

54 years ago – In 1968, The Yardbirds performed their final concert.  Their break up was three years after Eric Clapton quit and eight months after Jeff Beck left the group.

Guitarist Jimmy Page had to fulfill concert obligations so he formed a new group and called it The New Yardbirds.  Keith Moon said, “It’ll probably go over like a lead zeppelin.”  So Page changed the name of his group to . . . Led Zeppelin!  ROCK & ROLL FOREVER!

47 years ago – In 1975, Keith Richards was charged with possession of an offensive weapon and reckless driving in Arkansas.  Hundreds of teenage girls stormed the jail where he was being held.  He was cleared of the charges in August.  ROCK & ROLL FOREVER!

45 years ago – In 1977, Styx released their seventh album, “The Grand Illusion”, on the 7th day of the 7th month of the 77th year of the century.  That’s the album with “Come Sail Away“ and “Fooling Yourself“.

41 years ago – In 1981, the first woman was appointed to the Supreme Court when President Reagan nominated Sandra Day O’Connor.  She retired on January 31st of 2006 after more than 24 years on the bench.

24 years ago – In 1998, Barenaked Ladies released their album “Stunt”, featuring their breakthrough hit “One Week“.

21 years ago – In 2001, Drew Barrymore inexplicably married Tom Green.  They filed for divorce six months later and it became official in October of 2002.

17 years ago – In 2005, terrorists set off the London Bombings.  There were four explosions in their transportation network . . . three on the London Underground and one on a bus.  The bombings caused over 50 deaths and more than 700 injuries.

15 years ago – In 2007, the Live Earth concerts were streamed to benefit and raise awareness of climate change.  They were held all over the world, including London, New York, Washington D.C., Sydney, Rio, Shanghai, Tokyo, and Rome.