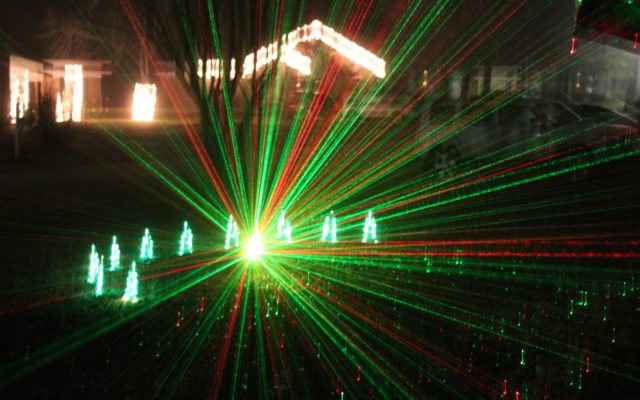 Time for the first post of the New Year!  I haven’t spoken to you in this forum since the 16th of last month, so it would be understandable you’d expect a top-flight, fresh and insightful journalistic delving into the events of my life, our community or the world at large.    “What do you envision for the planet in 2020?” you might ask.  I consider myself to be a world-class envisioner , the type who is confident in their individual ability, by sheer strength of will, to shape the very structure of the Universe to conform to their every whim and desire.  I’ve even had some success over the years, and still hold tightly to the power of positive thinking, but mostly the Universe wins in the end.  Like the Bobby Fuller Four tune sez “I fought the law (insert Universe, mother-in-law, City Hall, gravity etc…) and the law won.”

That’s why I took the time over my holiday break to unplug and do some serious ruminating on the victories that came my way, and not the bummers.  Serious ruminating requires frequent breaks though, adequate nutrition, craft beers and deep, inspirational R.E.M.-stage naps.  So I didn’t ponder-up much in the way of earth-shaking revelations.   I could use a few less hours behind a tv or computer screen, and a few more long walks in the woods.  But on the whole, if I don’t go looking for stress, then not much gets my anxiety level too far beyond babbling brook.   Generally speaking.   “Mr. Calm & Cool” will certainly have some cause to “simmer down” when involved in the upcoming and oh so spirited election-year exchanges sure to increase and become downright toxic by next November.  No worries, I plan to enjoy the show, maybe look at it like a lengthy battle between the Red Monster Trucks and Blue Monster Trucks.   Bring on 2020, I think I can roll with it.  But y’know, It would be nice this year to say “goodbye” once and for all to the following; Limu the F’n Emu(&Doug), overblown ridiculous and often dangerous “gender reveals”, “OK, Boomer,” and least and last, “Enjoy the Go” and any other happy sing-song references to both that bodily function and the skid-mark status of your skivvies.  If you’re gonna go for honesty, here’s my idea for a tp slogan:  “Puffy-Poopy, it’s the Easiest on your Ass!