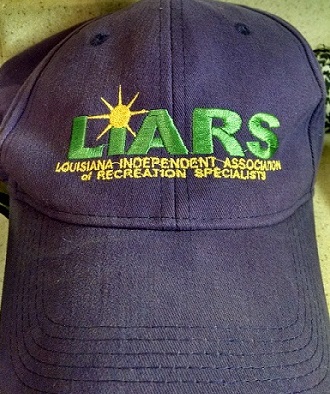 A comment from Tammy (of Benton, La) on our facebook, just had me digging into my mental library, and remembering an adventurous New Year’s Eve weekend within the past decade or so.  In the early days of the LIARS (Louisiana Independent Association of Recreation Specialists), a large gathering of RV friends met up in the Linden, Texas city RV park to enjoy the New Year’s Eve band and fireworks at Music City Texas Theater. I recall Tammy & David broke an axle on their trailer along Hwy 59, not far from Linden. With David being a top notch machinist that he is, he made a crown nut and did a lot of other hard work, and had the issue fixed by lunch (the next day).  Meanwhile, I was cutting a zip tie on a new water hose roll, and my knife cut my hand, as I was doing what I had told my sons to never do when using knives. Oh yeah.  My sons gave me that knife for Christmas, a week earlier. My wife and mother in law panicked, when I asked for a few paper towels to assist in the blood cleaning of my deep hand cut. Long story short – I had to leave Linden and go to Bossier City for stitches on my hand.  But, we were able to meet up with the LIARS friends by supper time in Jefferson.  Another memorable moment from that weekend, was when most of the RV water hoses froze (overnight low was 21, I remember) and they had no water pressure in their RVs the next morning. Not to sound like a smart-ass, but years earlier, I had experienced that during one of the TomsMaHauL RV travels, and I know that when the temperature is going to be below freezing, to fill up the onboard water tank (that stays heated) and use the water pump and onboard water supply. Or, cut swimming noodles to use around the outside water hoses (I’ve done that a few times) to keep the cold wind from freezing the hoses. While in Linden, we enjoyed a rockin’ New Years Eve at Music City Texas Theater with fireworks at midnight.  The band was either, Richard Bowden & the Moon & Starz, or… was it Billy O’Con (from Natchitoches) & his band at that time?  Billy can do a rockin’ rendition of “Purple Rain” on his guitar!  Yes Sir! And, in the 80s, I was honored to introduce Pinkard & Bowden (Richard Bowden) on the Municipal Auditorium stage, followed by introducing Neil Young & the International Harvesters.

It’s like Roger (in Doyline, La) says “Makin’ Memories”.  If I’m remembering correctly, Roger & Annette were even with us in Linden that weekend? If I need to adjust that story, I’m sure I’ll hear about it from any of the many LIARS that were there for that memorable weekend.  The TomsMaHauL meets up with the LIARS again for Thanksgiving down around Natchitoches. More in the Future Trips at TomsMaHaul.com