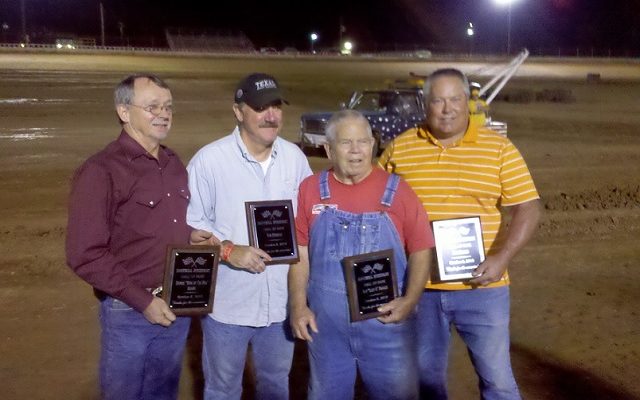 This year, we lost some great local racing legends, including Nathan Fitch, who I had asked to be the Godfather of my oldest son, Justin.  Billy Robinson left us within the past few years or so, but Billy also comes to my mind, as he was a good man, and always responded when our home air conditioner needed service.  Billy won so many races at several of the local tracks, including some Louisiana State Championships at Boothill.  Recently, Ronny Adams left us. Ronny was a winner of almost 600 races and about 10 Louisiana State Championships. I announced at Boothill Speedway (just west of Shreveport in Greenwood) every Saturday night for about 19 years, when Ronny crossed the finish line first on many of those nights.  After I left the tower (several years ago) at Boothill, I was so humbled to have been honored with some of the area’s racing heros.  Those were some magical and wonderful times at Boothill, but I know that there are many other, younger, local racing stars that are keeping the great sport of auto racing alive at Boothill and other tracks in the ArkLaTex.